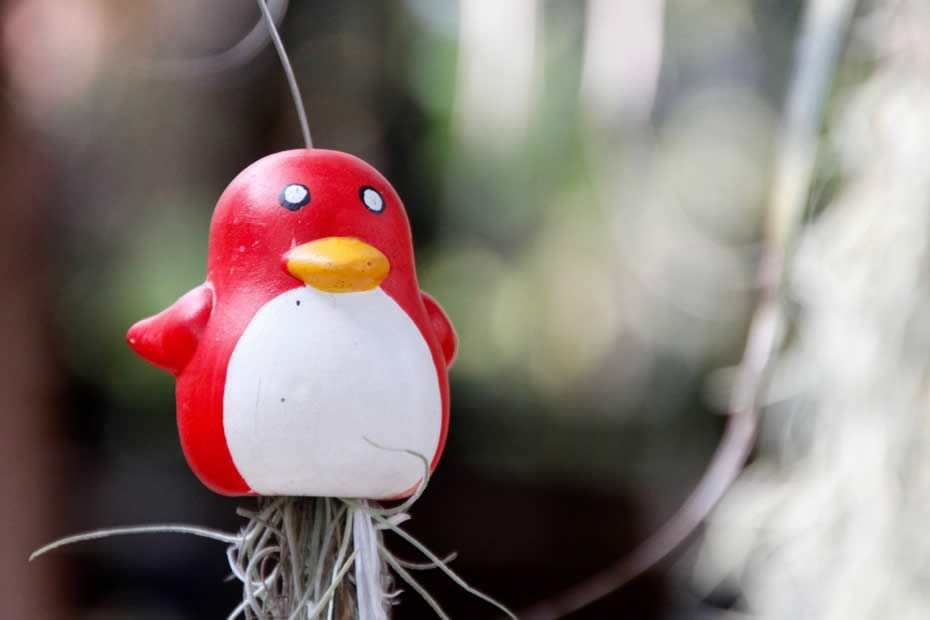 That said, the following is what I did to distance myself from ClearDB and run my own MySQL server on an Azure VM. This approach uses the new Azure Resource Manager VMs (not their “classic” VMs) and their new DSx VMs because if it’s more expensive it must be better, right? <cracks knuckles> Let’s get started…

It all starts in the Azure portal, the new one because we’re too cool for “classic”. You’ll basically want to File > New… Virtual Machine > Ubuntu Server 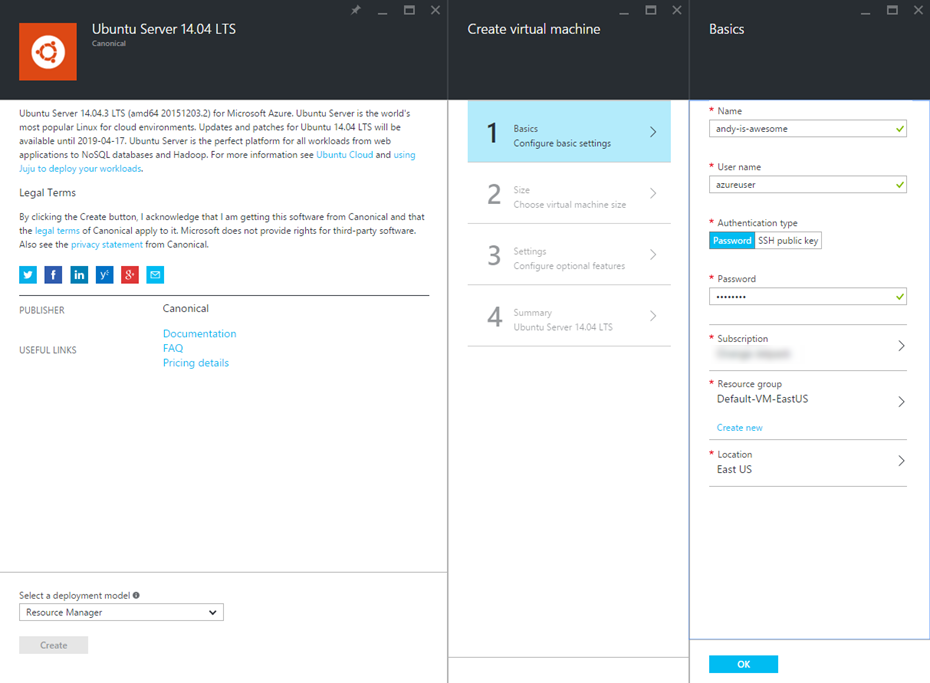 I more-or-less fill out the required fields and that’s enough information for Azure. Regarding size, I’m picking the DS2 Standard VM which is 2 core, 7GB RAM, 14GB local SSD storage for $115/month. I’m only hosting WordPress databases so while 14GB of storage isn’t much it’s more than I’ll need for a while. 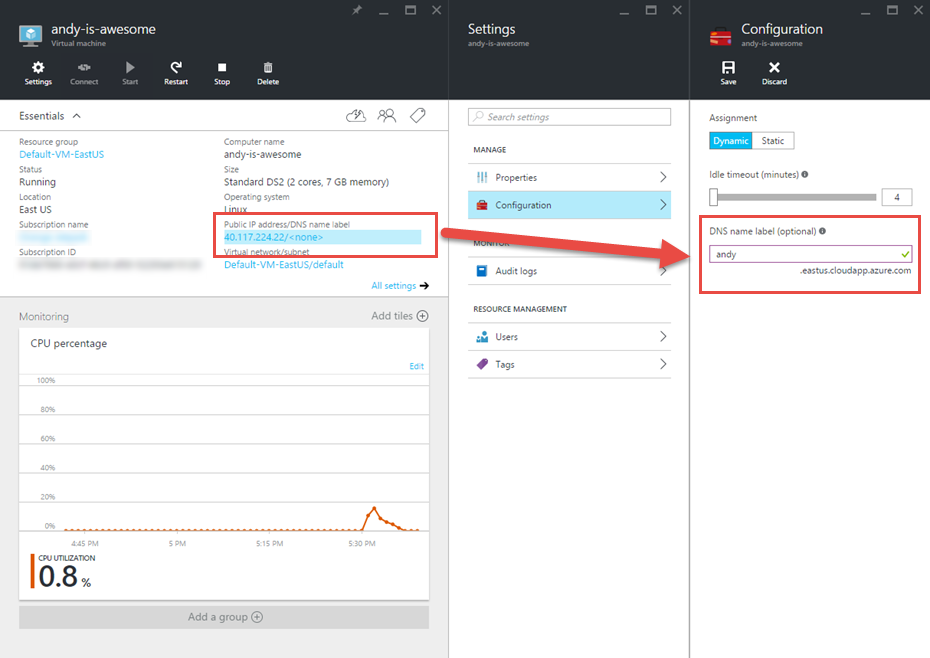 Punching Holes in the Firewall

This took some hunting to find but setting endpoints and opening ports is available by finding the Network Security Group for your Resource Group. 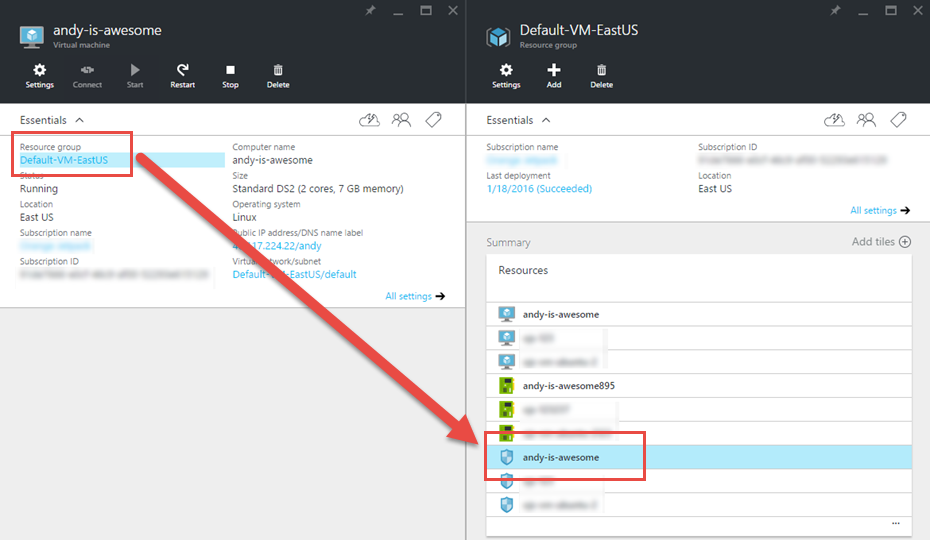 From here just add an inbound security rule for TCP to allow MySQL default port 3306. You can, and perhaps should, get fancy with nonstandard ports and SSH port fowarding in Linux but I’ll leave that step to the experts.

Connect to Your VM

On Windows using PuTTY seems like a reasonable way to connect to your shiny new VM and all it really took was installing the client and connecting via your machine’s host name: 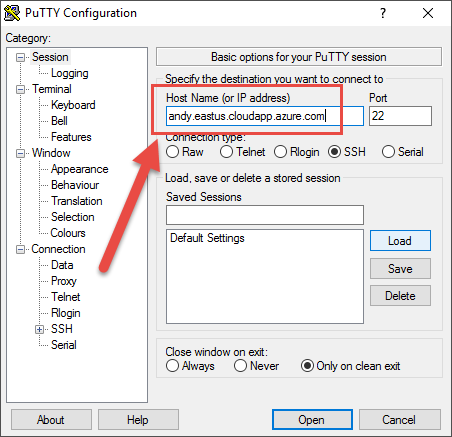 If you see something like this you are in good shape: 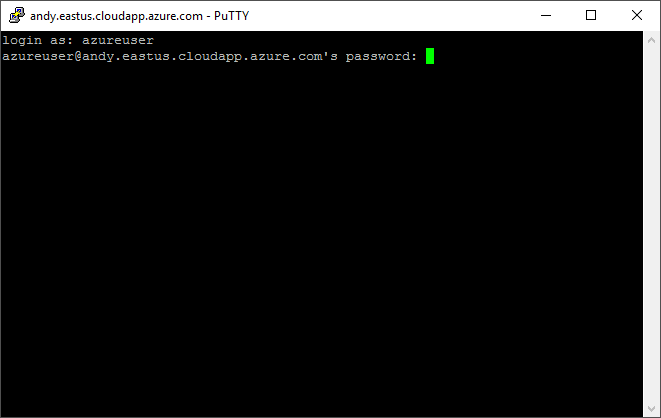 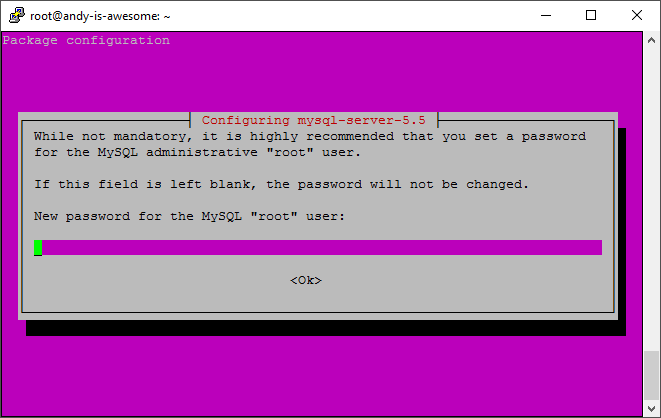 And yeah that’s it. Maybe Linux isn’t as bad as all the Windows kids are saying.

I spent almost all of my StackOverflow time wrestling with this one. To get MySQL to accept connections on anything other than 127.0.0.1 you need to update its config. You can use nano (Notepad with less features?):

Then update bind-address to either 0.0.0.0 (probably less secure) or the actual IP of the machine. I don’t know what I’m doing so I chose the former: 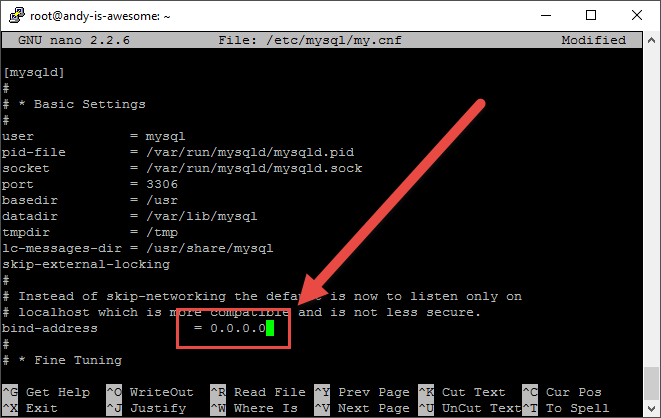 When you’re done you’ll want to restart the MySQL service:

At some point you might want to test that port 3306 is open on the VM and in Azure. On the VM: 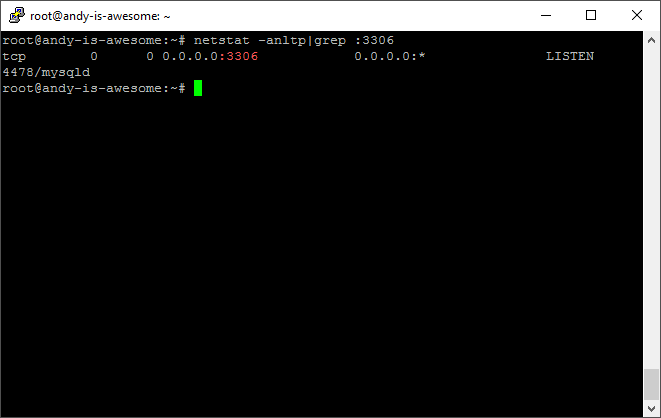 You can then test port 3306 online using a tool like Port Forwarding Tester: 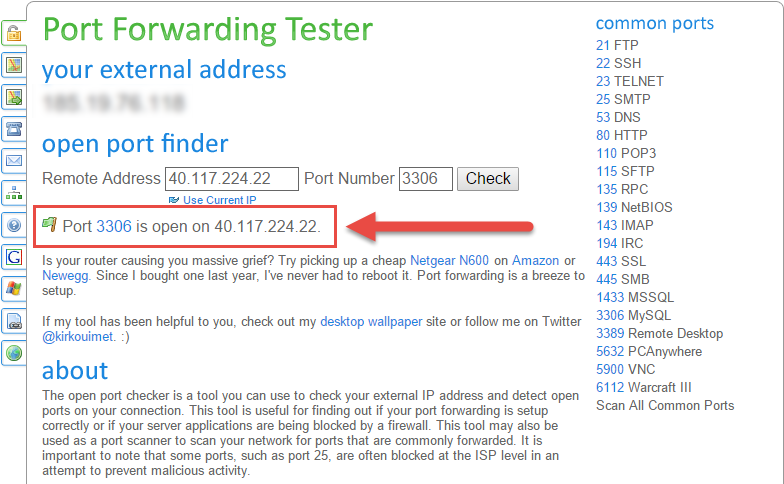 Then we’ll create a database, create a user, and grant remote access to that user: 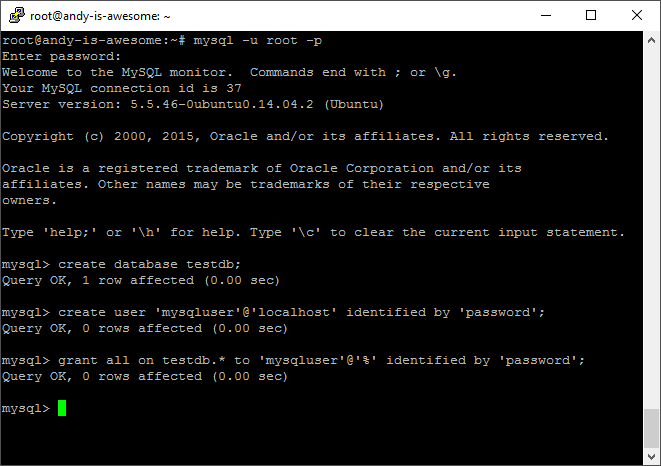 Finally, let’s test that we can connect to our database using our new remote user account, I’m using MySQL Workbench to set up a new connection to test: 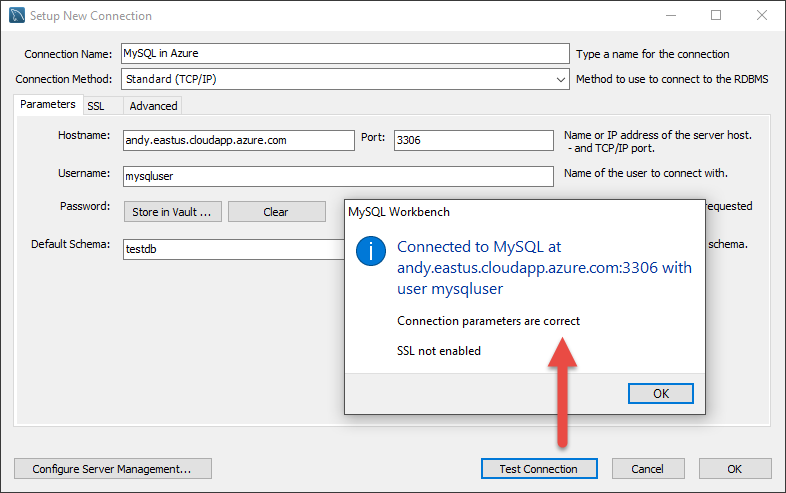 So really that’s it, not too bad even with the zero Linux and MySQL experience that I had. Hope that helps and if you have any questions or advice just let me know…

I did have a lot of help, here are my favorite posts that got me started and ultimately allowed me to figure this out: